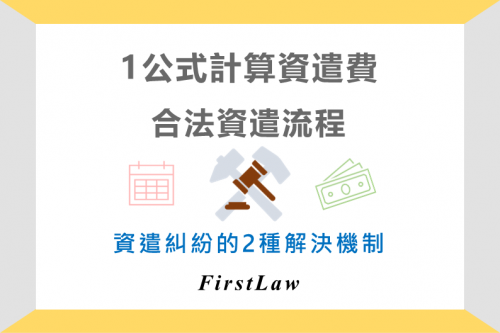 Share on facebook
Share on twitter
Share on email
How are severance pay under the old and new system calculated? How to appeal for owed wages and severance pay? In this article, lawyers teach the calculation of wages, severance pay and pensions, and how to solve the problem of illegal and arrears of wages by the company. Whether you are a worker or an employer, be sure to read along with us!

1. 5 steps of the legal severance process

When an employer dismisses a worker, what procedures must be followed to be considered legal? Under normal circumstances, the legal severance process must go through the following 5 steps:

(1) What are the legitimate reasons for dismissal?

According to Article 11 of the Labor Standards Act, employers are not allowed to dismiss workers arbitrarily in principle, unless one of the following conditions is met:

Reminder for lawyers: the principle of last resort for dismissal

Dismissal of workers on the grounds of "incompetence" must comply with the principle of last resort for dismissal. It means that when the employer thinks that the worker is not qualified for the job, he needs to provide appropriate education and training first, or provide counseling to change jobs. Only then can the last resort of "dismissal" be legally used.

(2) How long is the severance notice period?

(3) How to handle the notice of dismissal?

According to Article 33 of the Employment Service Law, when an employer dismisses an employee, it shall provide the dismissed employee's name, gender, age, address, telephone number, job held, reason for dismissal, and whether employment counseling is required 10 days before the employee leaves the company. and other matters, they shall be listed and reported to the local competent authority and public employment service agencies. However, if the dismissal is caused by natural disasters, accidents or other force majeure circumstances, it shall be done within 3 days from the day the dismissed employee leaves the job.

1. For workers who have been laid off and have worked for less than 3 months, do they still need to report their dismissal 10 days before?

Although workers who have been laid off for less than 3 months do not need to be given a notice period, they still need to report their layoffs to the competent authority within 10 days. Therefore, if an employer temporarily decides to dismiss an employee, it must at least postpone the resignation date to 10 days later, but there is no need to notify the employee in advance.

2. Will the notice of dismissal let workers know in advance that they are dismissed?

After receiving the notification of dismissal, the competent authority will actively contact the worker after the "resignation effective date" to ask if there is any need for employment counseling and other assistance, and will not let the worker know in advance that he will be dismissed soon.

In addition to following the legal dismissal procedures, employers also need to fulfill the following obligations, which are also rights that dismissed workers can claim.

During the retrenchment notice period, the employer should give a maximum of 2 working days of job-seeking leave per week, and the wages will be paid accordingly, so that the retrenched workers have the opportunity to take leave to seek jobs during the working period.

2. Issue a certificate of involuntary resignation

The certificate of involuntary resignation is an important document that workers must attach when they apply for labor insurance unemployment benefits, vocational training living allowances, or early employment incentive subsidies.

The service certificate will record the position, job description, tenure period and salary of the laborer during the employment period, which can be used as evidence of job seeking resume.

According to Article 19 of the Labor Standards Act, if a worker requests a service certificate, the employer is obliged to provide it, otherwise the worker may file a complaint with the competent authority.

The exception is that an employer can fire a worker “without notice” and “without payment of severance pay” if the worker commits any of the following actions:

In addition to the above point 5, in other cases, the employer must"Within 30 days after becoming aware of the situation"After completing the expulsion, if it exceeds this period, it still does not belong to the legal dismissal procedure. In addition, dismissal is different from dismissal, so there is no need to notify the dismissal in advance. The employer can ask the employee to resign immediately, but still needs to issue an involuntary resignation certificate and a service certificate to the employee in accordance with the law.

★Further reading:What legal responsibilities do employees have for stealing and selling company assets? Companies and consumers do this!

2. How to calculate the severance payment? Lawyer practical calculation demonstration

When many laborers encounter labor disputes, they don't know how to calculate the amount of their losses and severance pay. Knowing your own wage structure and clearly calculating wages and severance pay is the first step in self-insurance for workers!

Calculation of severance pay is based on "salary". In terms of labor laws and regulations, regardless of the title of the payment, and regardless of the payment frequency whether it is monthly salary, daily salary, hourly salary or case-based payment, as long as it is "remuneration received for work" can be recognized as wages. On the contrary, if it is not the remuneration received by the laborer in exchange for work, but the "graceful gift" issued by the employer to thank and sympathize with the laborer, it will not be recognized as part of the salary.

1. The following payments are wages:

2. The following payments are "NO" as wages:

(2) How to calculate severance pay under the old and new system?

The calculation of severance pay mainly needs to consider the "seniority" and "average monthly salary" of the workers. The old system and the new system are divided based on July 1, 1994. There are differences between the old and new systems of severance pay in terms of seniority identification and the final calculated amount. The following will introduce the calculation methods of the new system and the old system, and attach the actual calculation process.demonstration.

1. How do the old and new severance pay apply?

2. Calculation of severance pay under the new system: applicable to those employed after July 1, 1994

The new system of severance pay is applicable to:

3. Calculation of severance pay under the old system: applicable to those employed before July 1, 1994

Eligibility for severance pay under the old system

Suppose a full-time worker is severanced on New Year's Day in a certain year, with a seniority of 5 years, 2 months and 6 days, the monthly salary for the first 6 months of the severance is 60,000 yuan, and there is a performance bonus of 8,000 yuan, and a year-end bonus of 1 month's monthly salary . The average salary, monthly average salary, seniority and severance pay under the old and new system are calculated as follows:

Reminder for lawyers: When calculating the amount of seniority and severance pay, how to round the decimal point?

Regardless of the old or new system, when calculating severance pay, you do not need to round the decimal point, you can directly use the actual base to calculate it. If you want to avoid infinite recurring decimals, you can also use 311/60 to calculate fractions, which is more convenient. When the severance pay amount is finally calculated, unconditionally round it up to an integer!

3. How to deal with illegal dismissal disputes?

Access to judicial protection is not a privilege unique to laborers, but a right enjoyed by both employers and employees. When encountering a severance dispute, whether it is failure to follow the statutory severance procedures, non-payment of severance pay, or dispute over the reasons for severance, workers and employers can resolve through the following channels.

(1) Self-negotiation between labor and management

If there is still a possibility for workers and employers to communicate, self-negotiation may be the fastest and easiest way, which can especially help workers save time and economic costs, obtain monetary compensation as soon as possible, and avoid life difficulties. Regardless of whether a worker or an employer starts a negotiation, they can first consult with a lawyer to analyze the facts, potential risks, and applicable legal norms in order to grasp the best bargaining chips.

(2) Appeal to the Competent Authority

Although the labor complaint itself cannot directly seek compensation measures for the laborer or the employer, the result of the labor inspection can be used as one of the favorable evidences in future litigation.

With the implementation of the Labor Incident Law and the Labor Dispute Settlement Law, the choice of labor dispute resolution channels has become more diverse, and the procedure time has also been greatly shortened. In addition, it also provides geographically convenient measures for workers to respond to hearings nearby, and at the same time reduces the burden on workers on procedural costs, allowing workers to have a more equal status to compete with employers, but employers lack these protections, so employers must bear the burden All costs incurred.

According to the provisions of the Labor Dispute Settlement Act, the employer and the employee can initiate mediation, arbitration or adjudication procedures through the competent authority or the labor union to resolve disputes through non-litigation channels. During the mediation, arbitration or adjudication period, the employer shall not suspend business, suspend work or take other actions unfavorable to the workers, and the workers shall not go on strike or cause other disputes because of this, so that the two parties can conduct the procedure in a peaceful state and avoid the expansion of the conflict.

If non-litigation mechanisms are not considered, both parties may also choose to file a lawsuit. According to the Labor Incident Law, in principle, labor dispute litigation adopts a compulsory mediation system. In order to speed up the procedure, at most 3 mediations must be arranged within 3 months. If the mediation fails, it will enter the litigation stage. Depending on the situation, a lawsuit can be filed to request the payment of severance pay, confirm the existence/non-existence of the employment relationship, etc. In principle, the lawsuit must be concluded within 6 months.

Do you need legal assistance in case of severance disputes? Whether you are a laborer or an employer, welcome to join the official LINE of First Law and discuss with us!

Don't worry about legal problems, welcome to discuss with us online through the official LINE, we are happy to listen to your ideas and provide you with the fastest and most effective assistance when you need it.

Please rest assured that online inquiry is completely free, and all conversations and transmitted materials will be strictly confidential.

How to buy a pre-sale house? Advantages and disadvantages, regulatory disputes, builders' choice, see it once!

How to write a franchise contract? Pay attention to 3 major problems, do not step on thunder when starting a business